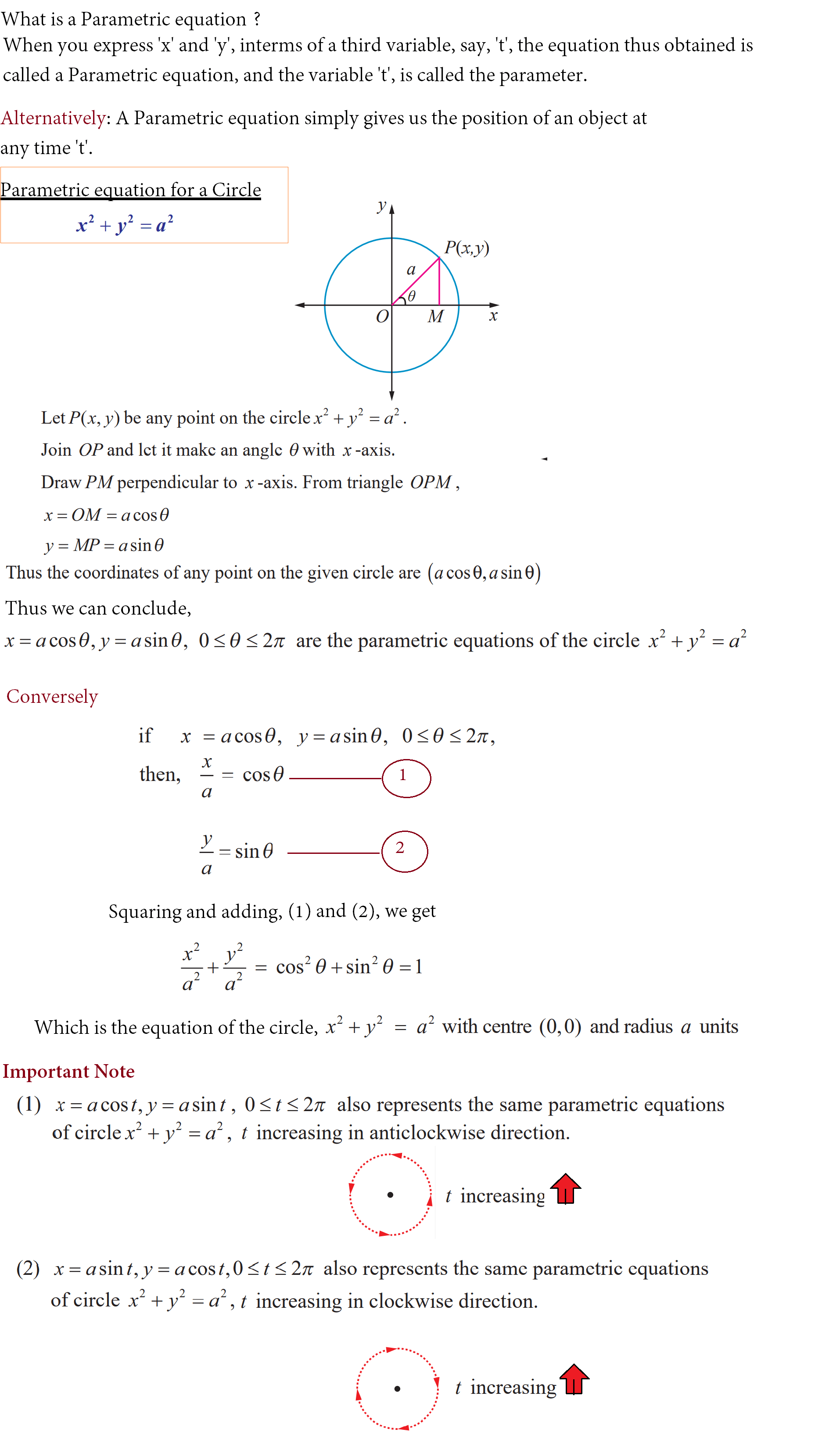 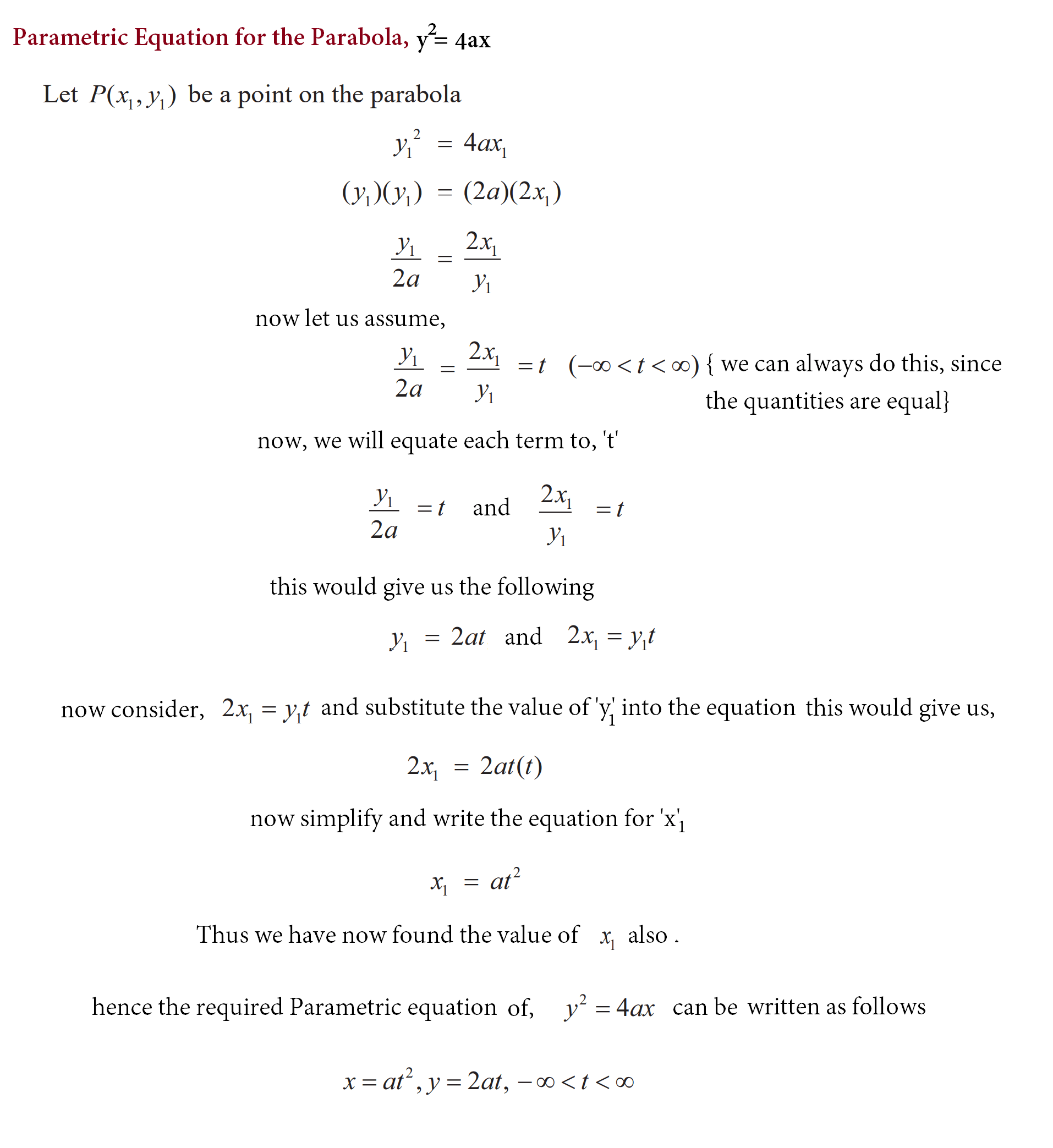 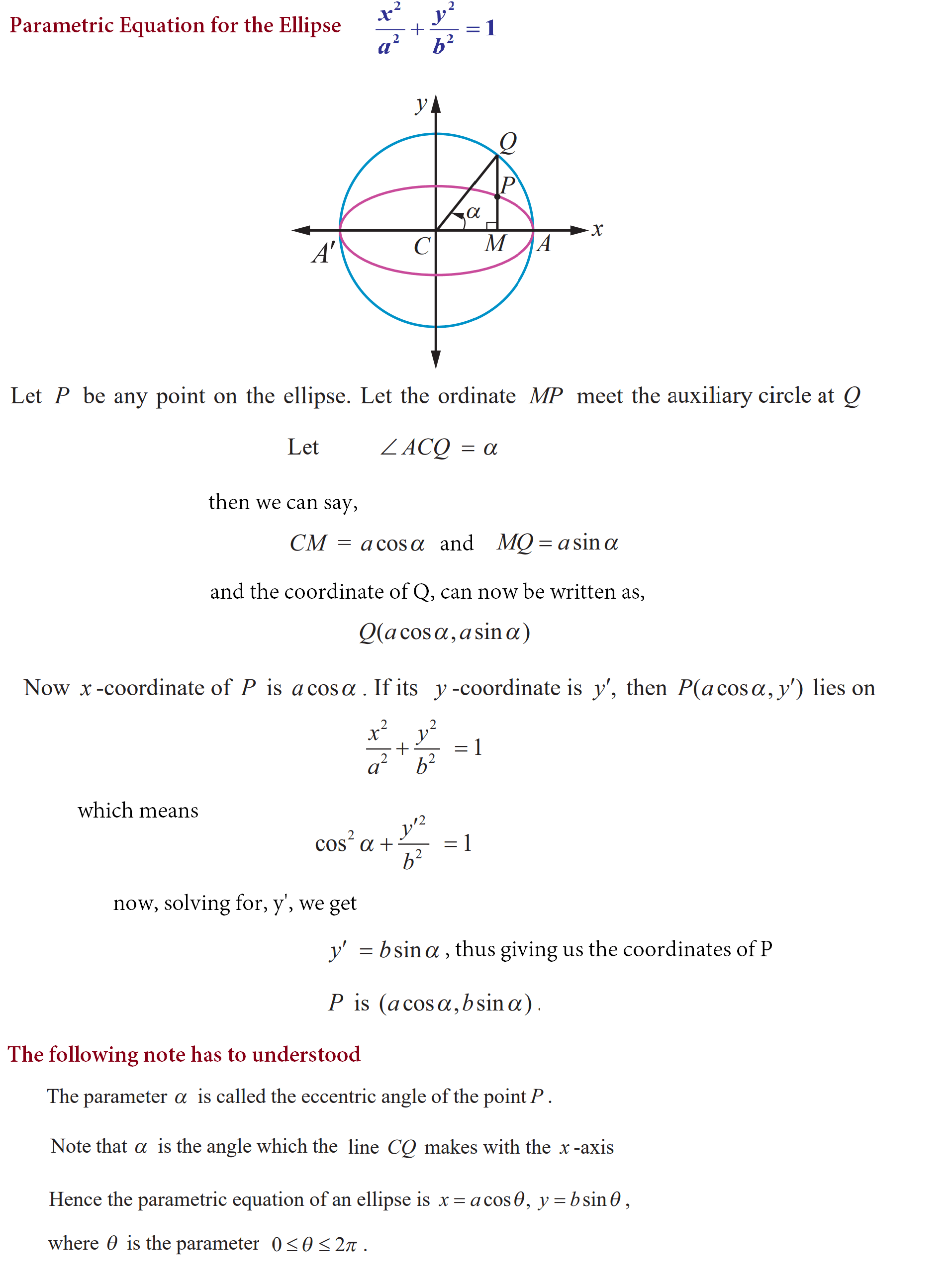 The complete Parametric forms of the Conics with their parameters 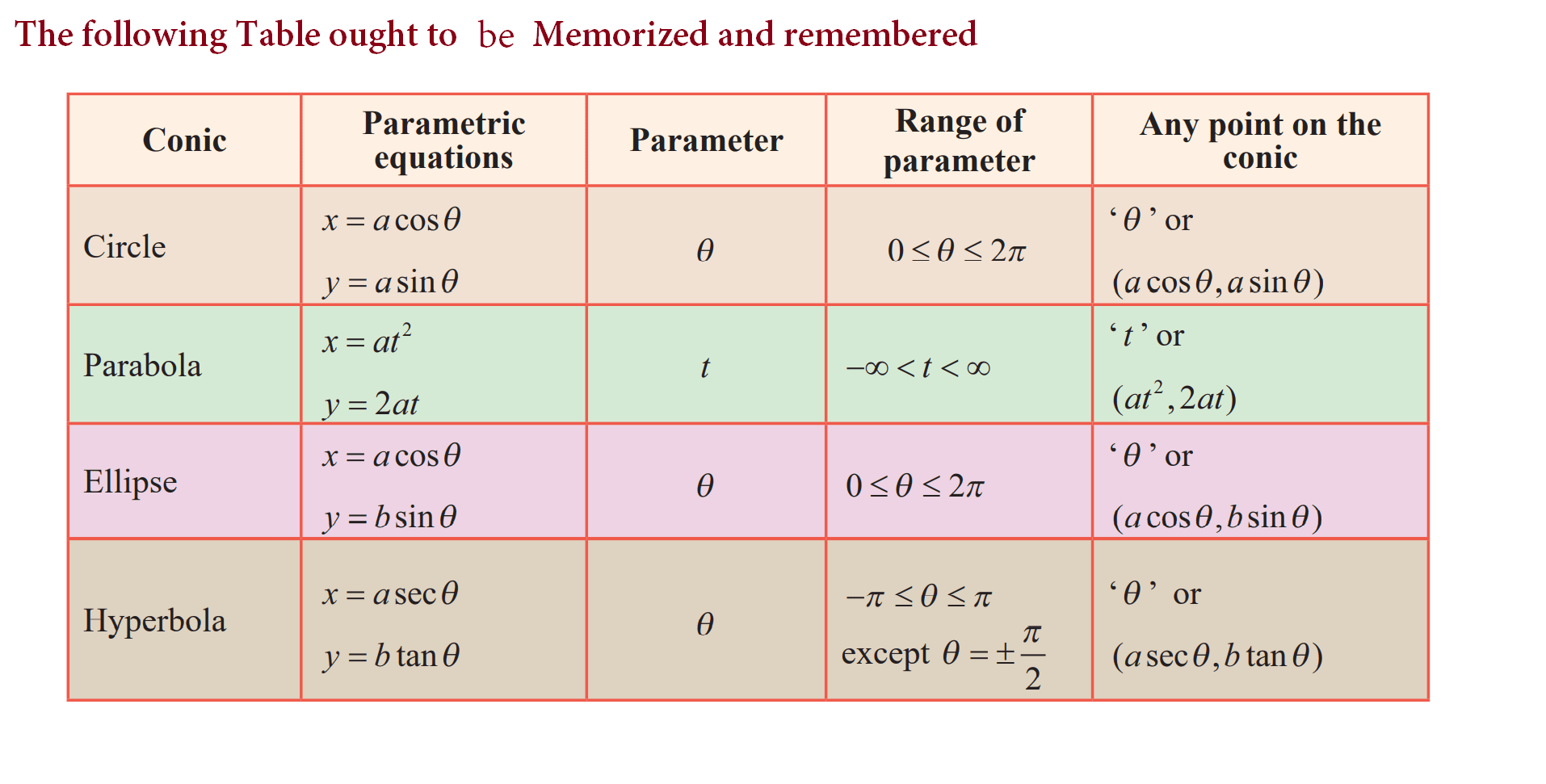 (1)Parameterisation denotes the orientation of the curve.
(2) A parametric representation don’t have to be unique.
(3) Note that using parameterisation Always reduces the number of variables at least by one, this means a lot when it comes to solving complicated Systems in Math.